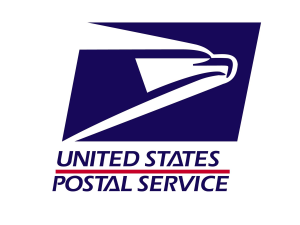 Despite more revenue for close to all the products offered by the Postal Service, the U.S. agency continues to be loaded down with debt due to a requirement by Congress to pay out over $5 billion into a future health care and retiree fund, said post office officials on Monday.

In its most recent filings for the quarter that ended on June 30, the post office posted a net loss of more than $2 billion, which was up from its net loss during the same period last year of $740 million.

However, the service reported its operating revenue to be $16.5 billion, which was an increase of $327 million over the same period 12 months ago.

Officials from the post office attribute that growth to the increase in the prices of mail that began in January, new marketing and sales initiatives and continued growth in the packaging and shipping business.

Much of the increased revenue in its package delivery is from contracts with UPS and FedEx. Although neither UPS nor the postal service would make comments on the contract they have, the post office is delivering on average 2.2 million packages for FedEx per day, or close to 30% of the ground shipments in the U.S. for the company.

Total volume of mail was down for the latest quarter to 37.7 billion pieces, in comparison to 37.8 billion during the same period in 2013.

Shipping volume increased 7.7% and standard or junk mail was up 1%. Revenue from shipping ended the quarter at $3.1 billion, while standard mail revenue was $4.2 billion. Mail volume for first-class, the main revenue source for the post office declined 1.4%, but price increases offset that decline.

Revenue for first class mail ended the quarter at $21.5 billion. Due to the net loss, the postal service announced it would not meet its payment of $5.7 billion for the future retiree fund for healthcare.

September 30 is the payment date and a law from 2006 requires the service to fund future health benefits for retirees.