Oil Price Increases to $95 per Barrel

Oil price increased to $95 per barrel Tuesday due to the gains on stock markets across the globe. Benchmark oil for July delivery went up 86 cents to close at $95.01 per barrel. It was the first increase for oil in five trading sessions. 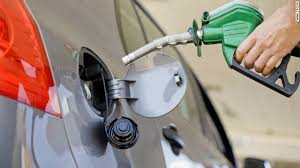 Oil price was helped by the positive signs in the US economy. Home prices went up the most in seven years and consumer confidence got to a five year high. Stock markets in the United States showed strong gains. Asian and European markets closed higher than the previous session.

The increase in the price of oil could be temporary if the recent concerns about demand reappear. China has seen a decline in manufacturing activity. It is set to release data with regards to factory production later this week.

The demand for gasoline in the United States has been weaker compared with the previous year. Bad weather in some regions during the Memorial Day weekend has kept drivers out of the streets that resulted to lower demand for fuel during the holiday.

The average price for a gallon of gasoline dropped during the long weekend. It declined by 2 cents to $3.63. The average was a penny lower compared to the same time last year. Brent crude, which is a benchmark for most international oil varieties, increased $1.61 to $104.23 per barrel on the ICE Futures exchange in London.

The Organization of Petroleum Exporting Countries is speculated to keep its official production goal at 30 million barrels per day but its output has been surpassing the voluntary limit for several months. The US is also expected to release the latest data on its crude and refined products.

« Previous
PC Industry to be hit harder in 2013