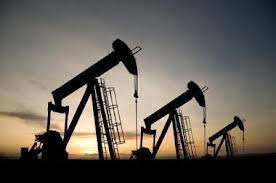 West Texas Intermediate crude for June delivery fell 35 cents to %96.04 per barrel on the Nymex. July delivery futures dropped 37 cents to $96.29. The Dollar Index gained above 83 for the first time in more than two weeks.

Puts took 58 percent of electronic trading volume in the market. Bearish bets made up 53 percent of the volume the previous day, with 122,743 contracts. July $90 puts were the most active options traded in the last session, with 14,730 contracts being traded around. They increased 10 cents to 75 cents per barrel. June $90 puts remained at 6 cents per barrel on 4,707 lots.

Open interest was the highest for June $80 puts with 37,662 contracts. In second place were December $105 puts with 37,288. They were followed by December $110 outs with 33,844. The exchange distributes real-time data for electronic trading and releases the data the next business day on open outcry volume, which is where the bulk of options activity happens.

Next »
College Debt Bubble Same as the Housing Bubble