According to a new report made by Bankrate.com, New York is around average when it comes to car costs. The Car Cost Index is based on the costs of repairs, taxes, gasoline, insurance and other fees. According to the study, New York ranked 20th among states. 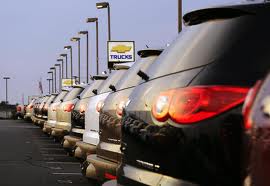 Some states have higher gasoline prices but the overall ownership costs were offset by other factors. The cheapest place to own and operate a vehicle was Oregon. The average cost in the state was just $2,204. This was a surprise to consumers since the state is known to have gas prices above $4 a gallon. The state makes up for high gasoline costs with no state sales tax. It has a combined vehicle fees of $157 a year, which is also the lowest in the US. Drivers in Oregon spend less on gasoline because they use their cars less than most states. The average cost of gasoline in the state was $942 per driver last year, while the national average was $1,020.

Coming in second place was Alaska, where service stations charge more than $4 a gallon for gasoline. It costs $2,227 to own and operate a car in the state. The state also has no sales taxes. According to the Bureau of Transportation Statistics, drivers in Alaska drove 6,719 highway miles, which is the lowest in the US. This led to the lowest gasoline bills in the nation at $771 a year.

In order to calculate the Car Cost Index, Bankrate used the average repair costs from CarMD.com, average pump prices from GasBuddy.com, taxes and fees from Kelley Blue Book, and car insurance costs from the National Association of Insurance Commissioners. The report didn’t include data on vehicle depreciation because geography is not a factor in finding out the cost.