Microsoft Announces Another Round Of Layoffs (NASDAQ:MSFT) 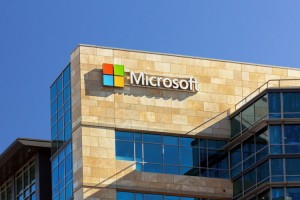 Microsoft has announced that it would be undertaking another round of layoffs, cutting up to 7,800 jobs, mostly from the mobile phone business recently acquired from Nokia. Microsoft’s current chief executive, Satya Nadella, announced a broad rethinking of the company’s phone strategy on Wednesday.

The layoffs will affect more than 6 percent of Microsoft’s global work force. At the end of March, Microsoft had more than 118,000 employees globally. Microsoft said it would also take a cash restructuring charge of $750 million to $850 million related to the layoffs.

The move is a clear acknowledgment that the deal for Nokia’s mobile phone business was a blunder. The deal was seen as Microsoft’s way of becoming a major player in the mobile market dominated by Apple, Google and Samsung. However, Microsoft has continued to lose market share in smartphones since acquiring Nokia’s handset business.

Mr. Nadella sent a companywide email in late June warning that Microsoft would need to “make some tough choices in areas where things are not working and solve hard problems in ways that drive customer value.” Microsoft now preparing to release a new version of its operating system, Windows 10, that will run on a variety of devices, including smartphones, PCs, tablets and the Xbox.