Lyft the Ride-Hailing Business, Partners with Shell and Hertz 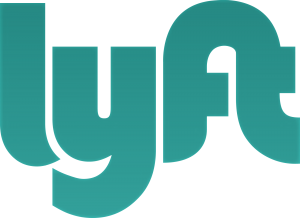 Lyft has entered into a partnership with Hertz Global to offer its drivers rental cars, the ride-hailing business said this past week.

Daily, weekly as well as monthly rental by Hertz are available as part of a new program for Lyft drivers across Las Vegas, said the VP of partnerships at Lyft Oliver Hsiang.

Aimed at Lyft drivers who do not have a vehicle of their own or those that do not meet the standards of Lyft, such as four doors, the new plan will expand to other markets eventually, said Hsiang. He did not offer any timeline.

Las Vegas drivers can sign up to work for Lyft at Hertz agencies. The will pay $65 per day for the rentals but will earn between 20% and 30% over other drivers due to driving SUVs and can charge passengers more for the larger vehicles, said Hsiang.

Lyft has also entered into a partnering deal with Shell to offer drivers at the ride-hailing company less expensive gasoline, said the head of operations strategy at Lyft David Rust.

The lowered priced gasoline will be available at 12,500 Shell stations in Los Angeles, Chicago and San Francisco.

The partnerships on Thursday were the most recent that have been unveiled at Lyft the San Francisco based company giving it a slight edge over Uber the heavyweight in the market of ride hailing apps.

Uber has car rental programs it offers its drivers and programs for car leasing.

Beginning in November, Lyft drivers can also transfer fare earnings directly to their bank accounts instead of waiting to be paid, said Tali Rapaport an executive with Lyft at a local media event.

Lyft has been working to distinguish itself from Uber its larger rival in part through positioning the business as the company that treats its drivers better.

For instance, Lyft drivers can receive tips on the app of Lyft, but not Uber drivers. Lyft’s president and co-founder John Zimmer said that $40 million was distributed to drivers of Lyft in tips since its service first began.