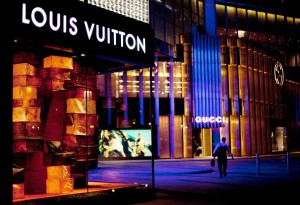 Johann Rupert the Richemont chairman that owns Van Cleef & Arpels and Cartier gave the luxury goods industry a scare this week as he warned of the damage the industry is facing from the increasing inequality in wealth and the resentment amongst the have-nots for those flaunting luxury jewelry and watches.

He told attendees at the FT Business of Luxury Summit held in Monaco that he is kept awake nights about how society will cope with envy and unemployment, class warfare and hatred.

He discussed his fear there was an artificial intelligence that would kill jobs. Those with money will not want to show it. If the best friend’s parents of your child are unemployed, you will not want to buy things that are showy.

However, not all hold his opinion. In Monaco, one sees Ferraris up and down the street, yachts with multi-decks and helicopter pads, filling the harbor.

Nevertheless, there are cracks that have started to appear in the luxury goods market following a boom of more than 20 years. During the past two decades only twice have the global luxury sales dropped – 2009 and 2008 – and then they immediately rebounded.

One crack in the industry is the market called affordable luxury, or the kind that is offered by companies in the U.S. such as Coach, Kate Spade and Michael Kors, which have expanded strongly for 5 years.

Kors posted a drop of 6% in its sale at same stores during its most recent quarter, with tourists shopping in the U.S. lower and consumers moving from their watches to jewelry that is lower priced. Coach also suffered similar drops in sales.

Another crack is more worrisome for the industry, which is a drop in the luxury fashion and goods sales across China. This follows the crackdown by the country’s Communist Party on corruption, which hit the local habit of expensive gifts for officials who are well connected.

Bain & Co expects luxury goods sales will drop in China during 2015 after years of being No. 1 in the growth market.

Discount, a word that is abhorred by designers, was mentioned openly and freely while the summit was held in Monaco. One well to do person in China insisted that Chinese both love and demand discounts.