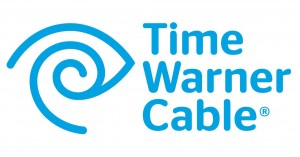 On Friday, the LA City Attorney told reporters the city was filing a lawsuit against Time Warner Cable in federal court. The LA attorney, Mike Feuer claims the largest provider of pay TV in the region stiffed the city out of $10 billion while the financial crisis was ongoing from 2008 onwards.

The cable company continued profiting from the billions of dollars from its customers in Los Angeles, while the city struggled through economic woes that were extremely tough, said the attorney.

The lawsuit, which is 24 pages in length, says that Time Warner Cable blatantly refused to fulfill its obligations with Los Angeles, while it was collecting revenue of over half a billion dollars each year from LA residents.

The company owns the exclusive broadcasting right for the Los Angeles Lakers and will cash in on the Los Angeles Dodgers, thanks the club regaining its foothold in the National League. The company is charging $4 per month to its subscribers of cable television for the new Dodgers channel, even if the customers are not Dodgers or baseball fans.

Feuer says the city’s lawsuit does not involve the disputes taking place with other cable providers and Time Warner Cable over the new Dodgers channel.

He says Timer Warner Cable owes the city of Los Angeles over $2.5 million in governmental, education and public channel fees as well as franchise fees. That amount is from fees that were due from 2008 to 2009, along with $7.2 million for fees during 2010 and 2011.

Feuer said if that money would have been given to the city after being collected by Time Warner Cable from subscribers, then it would have been enough to hire over 100 new police officers.

Time Warner Cable responded to the lawsuit by saying it was upset the City had chosen to sue them as they are a major service provider, tax contributor and job creator for the city. The statement also said the company strongly believes the lawsuit is without merit.

« Previous
Chris Brown in Jail After Tossed from Rehab

Next »
EU Meeting Over Sanctions Against Russia

DNB Asset Management AS Has $2.17 Million Stock Position in Packaging Corp Of America