The tech sector is now looking forward for the next hot IPO candidate. King.com filed an S-1 document with the Securities and Exchange Commission worth $5 billion. The company’s filing is similar to the one that let Twitter to keep its IPO a secret last week. The company has been referred to as Britain’s answer to Zynga. 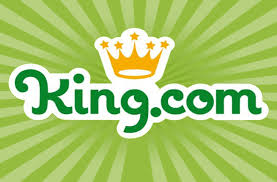 King employed Hope Cochran as its chief financial officer this week. She previously held the same title at Clearwire that built the first 4G network in the USA and merge with Sprint in 2012. King has gained the attention of investors and analysts due to the success of Candy Crush Saga. The game has reached around 250 million monthly active players and earned a couple million dollars per day.

The public stock offerings from Twitter and King are anticipated by investors and come in time when there’s a lack of tech public offerings. One in six new US listings in 2013 has been tech-related stocks that has made 2013 the second worst showing in 20 years for the tech industry. At the peak of the dot-com boom in 1999, 69 percent of all IPOs were internet or technology companies.

To date, there were 22 tech-related US IPOs out of the 134. They have raised $3.4 billion. The lag in the tech sector is the result of Facebook’s IPO in May 2012 that has disappointed a lot of investors. Before Facebook, Zynga also had its IPO in December of 2011. Its stock dropped when its costs went up and fell out of favor with Facebook.

King replaced Zynga as the number one social gaming company. Facebook even hailed it as the poster child for the fast-growing European games industry. King’s IPO could trigger more tech-related public offerings. These could include long-rumored IPOs for Dropbox and Box next year.