The federal budget cuts might have affected how the government added new jobs but the private sector continued to create new ones at a slow but steady pace. Small businesses have experienced obstacles in their way and yet they are the largest supply of new jobs in the US. The Labor Department will release the latest jobs report on Friday. 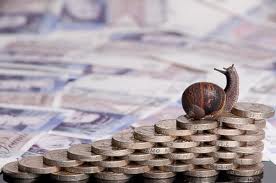 Economists estimated a gain of 190,000 but there are some who changed their estimates to a lower number after ADP, a payroll processor, released a report that showed businesses in the private sector hired 135,000 in May, which was lower than expected.

Consumer spending became stronger in recent months as households paid off their debts and added to their savings. It was helped by the rising housing and stock prices. Consumer spending helped offset the cuts in federal government outlays that is known as the sequester.

As the cuts took effect, its impact on the economy deepened. It was one of the reasons why economists estimated the upcoming jobs report to indicate the pace of new job creation to be slower. They also took in the various fiscal issues hounding the market.

Employers started reversing the mass layoffs in the early 2010. Since then, hiring has become unpredictable. Employers from the private sector managed to add an average of around 180,000 new jobs each month for the past three years.

It was slower than the job creation that comes during an economic recovery. It was also one of the reasons why the jobless rate has been declining slowly since the end of the Great Recession in June of 2009.

The level of unemployment is high with around 12 million Americans still without work. It indicated how deep the economy fell into during the recession of 2008. The drop was so severe that overall manufacturing production among the nation’s factories still haven’t reached pre-recession levels.

State Board of Administration of Florida Retirement System Reduces Holdings in Bank of Hawaii Co.