The number of Americans who applied for jobless benefits dropped 23,000 last week to a seasonally adjusted 340,000. The number was consistent with the solid job growth. The four week average, which is said to be a less volatile measure, dropped 500 to 339,500. 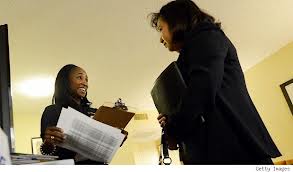 Last week’s numbers was near the five year low of 338,000 that was reached in the first week of May. The four week average is 9 percent lower than in November. Unemployment claims are seen as proxy for layoffs. The decline in claims coincided with steady job growth over the past six months. Since November, employers added an average of 208,000 jobs per month, which was up 138,000 jobs per month during the previous six month period.

Much of the improvement has come from lesser layoffs and not from strong hiring. Employers laid-off 1.7 million workers in March, which was above the 12 year low reached last January. Hiring remained below pre-recession rates.

More than 4.7 million Americans get unemployment benefits the week that ended May 4. This was down 23 percent from the 6.2 million the previous year. The nation has 2.6 million less jobs compare to when the recession started in December of 2007.

Unemployment dropped to a four year low of 7.5 percent, which is down from 10 percent in October 2009. Some of the decline was caused by people giving up looking for work. The government counts people who are unemployed if they are actively looking for a job.

In order for hiring to be strong enough to make the unemployment rate go down to a more normal level of around 5.5 percent to 6 percent, companies must gain more confidence in the nation’s economy. Some companies are still hesitant to add to their workforce because of worries about the deep federal spending cuts and increases in the tax rates.