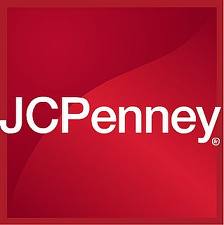 Retailer J.C. Penney gave its investors two good reasons to sell off on Tuesday. The retailer announced it was suspending its stock dividend and said sales were plummeting. The budget conscious retailer said sales dropped by nearly 19% in the first three months of 2012.

The drop in sales indicates that the company, under Ron Johnson’s guidance is failing to attract new clientele and is struggling to maintain old ones. The company announced it was cancelling its $0.20 per share quarterly dividend to save the company over $175 million each year.

The company announced that online sales during the first quarter of 2012 were $271 million, which was a 28% drop from the previous three months at the end of 2011. Company stock prices dropped by over 12% before the market opened on Wednesday. Before the close of Tuesday’s session, the stock for J.C. Penney was off by 4.5% in the first part of 2012.

During the first quarter of this year, J.C. Penney had a net loss of over $163 million or approximately 75 cents per share. Sales during that period were $3.2 billion as opposed to $3.9 billion a year ago with a 28 cents per share profit during the same period one year ago. Analysts estimated a loss of just 8 cents for the quarter.

The company said expenses were down by over $121 million in the first quarter of 2012 as opposed to the same reporting period in 2011, which was some good news for the retailer. The company said cost cutting would continue to be accelerated during this year.