In-store Shoppers to Go Online Next Time They Buy

According to a study from the International Business Machines Corp, majority of shoppers made their purchase in a store and not from online stores. More than 80 percent of shoppers polled by IBM bought something at a store but only half said they would go back to a brick-and-mortar shop next time. 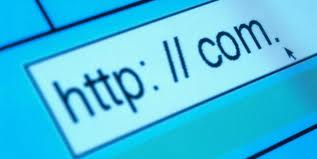 The study showed the importance of showrooming where shoppers examine products in stores and make their purchases online. The report showed that 26 percent admitted to showrooming in China as compared with 13 percent in India and 7 percent in the United States.

Retailers don’t embrace the small but growing number of showroomers risk losing those consumers to Amazon.com and other online shops that offer merchandise at lower prices. Almost half of all online purchases were made from showrooming. It has been a popular practice for younger shoppers who tend to be more affluent than average.

In-store transactions still make up most of the sales but online purchases have been increasing at a faster rate than those in store. Some retail leaders said chains have not acted quick enough to adapt to the trend.

Popular categories for online purchases were consumer electronics and luxury items, including designer clothing and jewelry. Around 25 percent of internet shoppers had intended to buy in the store but purchased online instead. They stated price and convenience as reasons for their action. Retailers that operate on the internet account for one third of purchases by showroomers. This was according to the study by IBM.