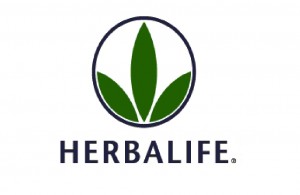 Herbalife Ltd, the weight-loss and nutritional company said it has agreed to give three additional seats to representatives of Carl Icahn the billionaire investor on its board of directors, which sent shares soaring in the company by up to 9% prior to Monday’s opening bell on Wall Street.

As per the new agreement, Herbalife said that Jesse Lynn and Hunter Gary, both employees of Icahn and James Nelson an Icahn Enterprises independent director, would be put up to be elected, giving five seats to Icahn on the board of 13.

Herbalife, whose practices are currently under investigation by the FTC, has postponed the annual meeting of shareholders from April 24 to April 29, while it discussed with Icahn the increase in his representation on the board.

Icahn is the biggest shareholder in Herbalife with nearly 17% of its shares and has been a big supporter of the business in its fight against William Ackman a billionaire investor.

Ackman, who is head of Pershing Square Capital, called the distribution model of Herbalife another pyramid scheme and had incurred huge losses since placing a short position of close to $1.15 billion on shares of Herbalife.

Icahn has the right to purchase as much as 25% of outstanding shares of Herbalife, said the statement from his company and said it remained resolute in its commitment to Herbalife’s success over the long-term.

Herbalife said that Colombe Nicholas, Michael Levitt and Carole Black would all be stepping down from its current board of directors.

Gary is Icahn Enterprises’ senior vice president, while Lynn is general counsel and Nelson a director on the board at Icahn since 2001.

The other two Icahn associates that have been on the board at Herbalife for nearly one year are Keith Cozza and Jonathan Christidoro.

Herbalife has representatives that sell the majority of its products rather than brick and mortar stores, operates in over 80 countries.

Ackman upped his attack against Herbalife earlier in March when he commented that he was in possession of evidence that the firm was breaking laws for direct selling in China, its market that is currently the fasting growing.