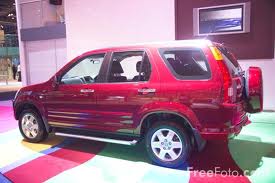 Honda Motor Co. has announced it will recall over 554,000 2002 to 2004 model CRV’s and 2003 Pilots. The vehicles to be recalled are in the U.S. and will be inspected for a problem in the headlight wiring system. The Japanese automaker said a potential failure in the wiring of the switch for the headlight is the reason for the recall. The failure could cause headlights on low beam to not work.

Honda was quick to say that no crashes had been reported due to the possible safety defect. The recall was the second large one made by an automaker in the last week. Early last week, BMW announced a recall of over 1.3 million cars including over 367,000 in the United States. That recall was due to a problem with a connecter on the battery cable. It marked the largest recall that BMW has ever announced.

All 5 series sedans from BMW were recalled along with the Sport Wagons produced from June 1, 2003 to March 31, 2010. In addition, the recall included the 6 series Convertibles and Coupes produced from September 1, 2003 to July 31, 2010. The automaker, based in Germany, said the problem stemmed from the bolt that connects to the battery cable’s positive side at the bulkhead connector in the trunk of the vehicle. There is a possibility the cable connection might overheat causing a fire. The company said this could take place even when the car was not occupied are being driven.

Next »
Old Constitution Reinstated In Mali