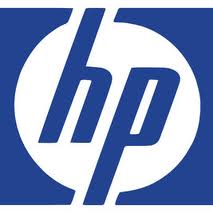 Hewlett-Packard reported net earnings of $5 billion for its fiscal year, 2 percent lower than a year earlier. Revenue for the year was $111.5 billion, a decrease of 1 percent. The company declared a cash dividend of 16 cents a share of its common stock. For the first time in years, gross profit margins in every major part of the company were higher.

It seems as if consumers are slowly losing interest in purchasing Hewlett-Packard products. The highest-growth business for the company was notebook computers, bringing in an additional $510 million in revenue. However, instead of dealing with billions of dollars in debt as in prior years, the company has substantial cash on hand.

Hewlett-Packard splitting allows both new companies to respond faster to rapidly changing markets. A team of 450 people has been tasked with helping the company complete the transition smoothly. Both of the new companies will be about the same size when measured by revenue. The two companies are planning to combine their component purchasing to hold down the manufacturing costs of their products.