Haliburton’s overseas business gave the company the boost it needed to life its fourth quarter earnings above expectations. This underscored how the company struggled due to the glut of natural gas. Shares of the world’s second largest oilfield services company increased 5 percent Friday to their highest levels for more than a year. 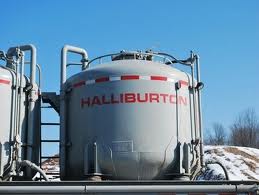 The company’s strong performance in the Middle East, Asia, Europe, and Africa helped make up for the 58 percent drop in operating income in North America. This was caused by the proliferation of hydraulic fracturing in the United States to produce natural gas.

53 percent of Haliburton’s profits came from outside its home market. This was helped by the growth of fracking overseas. Chief Executive David Lesar said that 2012 was a watershed year for the expansion of unconventional. He noted that it works on unconventional wells in Australia and China and introduce them in Mexico, Saudi Arabia, and Argentina.

In the last quarter of 2011, Haliburton made 22 percent of its operating earnings in international markets. Industry leader Schlumberger Ltd posted better than expected results last week. It has been known to earn more money outside North America. Profits for Baker Hughes were hit hard by the slump in the United States.

Haliburton estimates the North America rig count to go up from fourth quarter levels in 2013 but would be slightly down compared to last year. It said that its fourth quarter was a low water mark for profit margins that were half of what they were at the start of 2012.

Haliburton believes that its guar inventory will be at market prices by the second quarter. Guar is the key ingredient for fracking fluid.