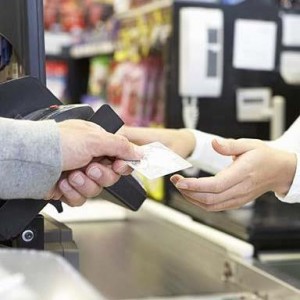 Hackers were able to break into the payment networks for debit and credit cards at two of the most popular chains of supermarket in the U.S.: SuperValu and Albertson’s.

Both chains announced on Friday morning the data breach. The huge hack impacts the entire umbrella of stores.

The full extent of damage is not clear yet as the chains of grocery stores have not said as of yet the number of customers that might have been affected.

SuperValu said it was aware that hackers had broken into the company’s computer network that did the processing of card payments, but it was not sure whether data was actually taken.

If data was taken, hackers would have received the typical types of information stored on the magnetic stripe of credit cards that includes name, expiration date, card number and the security code of three digits.

SuperValu said that the virtual break in had affected debit and credit cards that were swiped in 228 stories from June 22 to July 17.

However, Albertson’s did not release how many of the 1,060 locations had been affected by hackers, but the chain believes the number was more than 700.

That would include every Jewel-Osco, Acme, Star Market and Shaws, as well as all Albertson’s in Idaho, Montana, Southern California, Nevada, North Dakota, Oregon, Wyoming, Southern Utah and Washington.

Albertson’s and SuperValu share a common technology system that hackers were able to successfully attack and it is unknown which of the two were hit the first.

SuperValu announced the hole in security had been plugged and its customers could now be assured of the safety of using their card swiping units once again at its locations.

The latest hack will add to a worrisome statistic that 50% of all adults in the U.S. have been hacked at some point in 2014.