Government Demands for Twitter User Data on the Rise

Twitter released its first transparency report Monday and it revealed that the United States leads when it comes to government demands for user data. According to the report, the US government filed 679 requests in the first half of 2012. 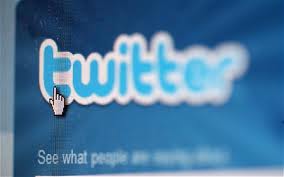 Data from the previous years were not available to the public. Twitter said that it notifies the users of government demands unless it was not allowed by law. Behind the United States was Japan, which made 98 requests with a 20 percent Twitter compliance rate.

The United Kingdom and Canada both made 11 requests and have an 18 percent compliance rate. The Transparency Report showed 23 countries making requests for user data. According to the company’s blog, it has received more government requests in the past six months than the entire 2011.

Twitter’s disclosure follows Google’s lead of releasing information regarding government demands for user data. Nearly two years ago, the search giant made news by publishing the data as well as information on the number of takedown notices with regards to copyright infringement.

The Twitter report came the same day a New York state judge ordered the company to reveal the tweets and account information with regards to an Occupy protester. The company didn’t say whether the authorities are required to show probable cause warrants for user data. Manhattan Criminal Court Judge Matthew A. Sciarrino Jr.’s ruling last Monday didn’t require local prosecutors to have probable cause to get the tweets as well as accompanying account data of an Occupy protestor.

Next »
Nets Get Joe Johnson from Hawks