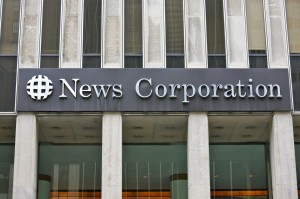 On Wednesday, News Corp announced that Lachlan Murdoch was named a nonexecutive co-chairman of both News Corp and Fox. The appointments mark the reemergence of the son of Rupert Murdoch as a big force at the companies just nine years after resigning his old News Corp executive positions.

Murdoch, who is 42, will share the chairman role of both of the companies with Rupert, his father who is currently the CEO and chairman of 21st Century Fox as well as executive chairman at News Corp.

Rupert Murdoch commented that Lachlan is a talented and strategic executive with a great deal of knowledge in the businesses.

Mr. Murdoch in a memo to the company added that he had no doubt that the strategic sense of Lachlan and his passion for the media will greatly help CEO Robert Thomson and himself as we move the company forward through the coming decade.

News Corp owns the Wall Street Journal, which was part of 21st Century Fix until mid 2013.

On Wednesday, 21st Century Fox announced that James, Lachlan’s brother, was appointed the co-COO of that company.

Previously James was the deputy COO at 21st Century Fox and the CEO and Chairman international.

By many, James Murdoch had been seen as the natural successor to his father after Lachlan had left his positions at News Corp. back in 2005 in order to begin a private equity career. James Murdoch in 2011 was promoted to deputy COO of News Corp., a move that placed him as the third highest senior executive for the company.

Previously had was in charge of the Asian and European operations of the company based in London.

However, the reputation of James Murdoch was hit with a huge blow by the way he handled the allegations of phone hacking at the UK newspaper unit of News Corp., where at the time he was the executive chairman.

Both Rupert and son James have faced a number of questions by a parliamentary committee in the UK, neither was or has been accused in any wrongdoing. A James Murdoch spokesperson could not be reached to make a comment.

The new appointment will partner James with President and COO of 21st Century Fox Chase Carey, said the company announcement.