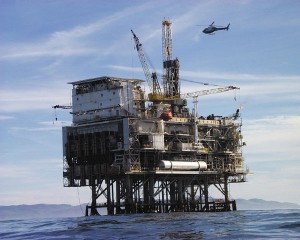 The pay for Peter Voser the former CEO of Royal Dutch Shell was halved last year to $11.24 million following what Shell described as a performance that was disappointing.

However, the 2013 remuneration of Voser’s was higher than his peer Bob Dudley the CEO of BP, whose had his pay tripled to over $8.7 million.

Both CEO’s pay was below that of rival U.S. Exxon Mobil, whose CEO Rex Tillerson earned $40 million during 2012, according to figures available.

Shell suspended the controversial drilling program in the Arctic earlier in 2014 and has pledged to lower spending as well as streamline its operations following earnings that were disappointing in the fourth quarter of last year that was the least profitable for the past five years.

The head of the company’s remuneration committee said that the business performance for 2013 had been disappointing and that was reflected in the reward outcomes for the year.

The company said it also trimmed the new CEO’s base salary, to reflect the sentiment of the shareholder. Ben van Beurden the new CEO will have $1.95 million base salary.

Shell said it is using a new method to measure long-term incentive plans for a greater focus on capital efficiency. The company will use a relative return on the average capital employed for growth instead of a relative hydrocarbon production growth.

Incentive plans over the long term together with bonus plans that are deferred represented over half the complete pay for executives at Shell over the last two years.

Voser, who resigned from the role of CEO at 2013 year end, is now employed at Shell Switzerland until March 31, as an adviser to new CEO van Beurden. He likely will be paid over $730,000 for his work of three months.

Earnings for the largest petroleum conglomerates were hit during 2013 due to lower prices in crude oil and less use. The severe winter weather helped to increase the price of crude and heating oil and help the bottom line for the companies.