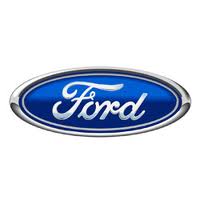 The Ford Motor Company reported that its net income improved 15 percent in the first quarter, rising to $1.6 billion. Overall revenue increased by 10 percent in the quarter, reaching $35.8 billion. Alan R. Mulally, Ford’s chief executive, said, “Our strong first-quarter results provide further proof that our One Ford plan continues to deliver.” The company forecast that its full-year profit would match, or be better than, its performance in 2012.

Strong sales in its core North American market helped the company reach its 15th consecutive profitable quarter. Ford posted a pretax profit of $2.4 billion in North America.  This was a 14 percent improvement over the same quarter last year. Sales in the United States rose 11 percent in the first three months of this year. The company said it was the best quarterly performance since it began reporting the region as a separate business unit in 2000.

Record results in North America compensated for losses in the European and South American markets. Releasing new versions of mainstay vehicles, like the Explorer SUV, and expanding production of smaller, more fuel-efficient cars has helped Ford rebuild its product lineup in recent years. Ford’s market share continues to increase in the United States. The company is the nation’s second-largest automaker after General Motors.

Ford continued to struggle overseas in the first quarter. In Europe, the company reported a pretax loss of $462 million.  This was nearly triple the $149 million lost in the region by the company in the first quarter of last year. Ford has said it expects to lose up to $2 billion this year in the region. In Europe, weak economic conditions have driven sales of new vehicles to their lowest level in decades. Weak sales in the region will drag down the profits of several major automakers throughout this year.