Ford Motor announced that it will hire 3,000 more white-collar workers in 2013 in order to meet with the increasing demand for its vehicles. The company said that it improved this year’s hiring target by 36 percent from around six months ago. It attributed the increase to strong US sales and its aggressive worldwide growth plans. 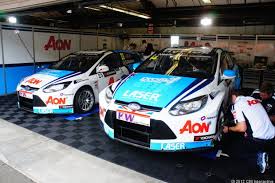 Ford said that it has a hard time filling up the job vacancies because it is looking for people with different skills than in the past. The demand for mechanical engineers has dropped while the need for electronic engineers needed to work on software, embedded computer systems and electrification has increased. Electronic engineers are also in demand by other industries such as telecom and IT.

The city of Detroit, which is just 10 miles from Ford’s hometown of Dearborn, Michigan, has filed for bankruptcy last week. This added to the region’s reputation as an economic wasteland. The automaker said that it is working with state officials to promote southeastern Michigan’s advantages to potential employees. These include low cost of living, abundant recreation and good schools.

In order to attract possible workers, Ford has launched a new social media campaign and has improved its college recruiting visits. Ford is working with school officials to develop a new embedded software controls program that would be the source of new talent.

The automaker is halfway to its goal of adding 3,000 new white collar jobs. At present, it has more than 1,500 open positions for technical professionals in product development, quality, manufacturing, information technology, and purchasing. In 2012, Ford hired 1,850 white collar workers in the United States.

Ford has also added blue collar jobs. Last April, the company hired 2,000 union workers in Kansas City to keep up with the increasing demand for its F-150 truck. Ford announced in 2012 that it would employ more than 6,200 hourly workers across the nation to increase capacity to meet demand for its new products.