The Federal Reserve proposed that large banks should keep enough cash, government bonds and other assets on hand in order to survive a severe downturn, like the 2008 financial crisis. The proposal subjects the banks to liquidity requirements for the first time. Liquidity is the capability to access cash as soon as possible. 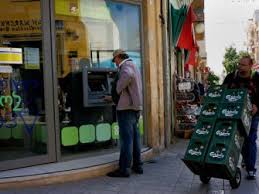 Fed officials said the regulations are stricter than the new international standards for banks. When combined, the biggest banks must have an estimated $2 trillion in high quality assets to meet the requirement. The banks already have around 90 percent of the amount, according to the Fed.

The public has 90 days to comment on the proposal that was approved by the Federal Reserve’s board of governors. Then the rules would be implemented starting January 2015. Fed Chairman Ben Bernanke said that liquidity is important to a bank’s viability and to the smooth functioning of the financial system. He added that the new rules would lead to a more resilient and safer financial system together with other reforms.

The requirements were mandated by Congress after the 2008 financial crisis. The new rules are part of new regulations that are designed to prevent another collapse severe enough to require bailouts using taxpayers’ money and threaten the financial system.

Hundreds of banks in the United States got federal bailouts during the crisis. Among the banks were the biggest financial firms that included JPMorgan Chase, Citigroup, Goldman Sachs, Wells Fargo, and Bank of America. The banking sector has been recovering since the financial crisis, with their profits going up and banks starting to lend more freely.