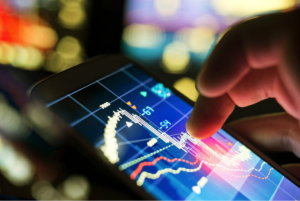 The worldwide stock market is essentially a way for businesses to gather money for investments. Public companies list their shares on such stock markets, effectively opening their doors of investment to anybody with money across planet Earth. However, getting a company’s shares listed on stock exchanges costs lots of money paid to both stock markets and relevant regulatory agencies that oversee business financing.

Businesses across the world routinely ask investors for sums of money to grow their respective operations prior to hitting the stock market as public companies. While most startups inevitably fail – in most cases, sooner rather than later – those that garner relatively large amounts in the form of private investments perform considerably better than their less-fortunate, not-so-promising counterparts, on average.

Last quarter – in late March 2018 – Chicago, Illinois-based Tempus secured yet another round of financing worth an aggregate of $80 million. Founded just three years’ prior in 2015, the corporate co-creation of Mr. Lefkofsky recently earned the title of a so-called “unicorn” startup.

What does the term “unicorn” mean? Is that one of those mythical, one-horned creatures?

In business, specifically in respect to new businesses – almost exclusively called “startups” in today’s corporate climate – “unicorn” is a title belonging to companies founded in the past handful’s worth of years that have garnered investments totaling more than one billion dollars.

As it currently stands, there are only a few hundred companies around the globe with unicorn status.

The Chicago Tribune was the first news media publication to report that co-founder Eric Lefkofsky’s company had reached unicorn status. Although some private investors went unnamed in relevant regulatory filings, the company shared that some of the largest investors were Revolution Growth, Kinship Trust Company, New Enterprise Associates, and several portfolios under the control of T. Rowe Price Associates.

Mr. Lefkofsky currently has roughly 400 employees under the company’s roof, all of whom are based in its Chicago, Illinois headquarters.

Tempus was created in 2015 by Eric Lefkofsky and his well-tenured business partner Brad Keywell after Lefkofsky became frustrated with the state of healthcare in the United States. Eric felt that since technology popular with consumers is so advanced – smartphones, for example, have proliferated across users around the United States to the point that a vast majority of Americans both own them and spend considerable time on them on a daily basis – healthcare’s utilization of technology should be just as well-developed.

Although one man and his company can’t change everything, the University of Michigan-studied entrepreneur is certainly making great strides for all of healthcare – and humanity, by extension.

Eric Lefkofsky is a longtime, serial entrepreneur famous for starting countless businesses among the likes of InnerWorkings, Echo Global Logistics, and Mediaocean. Though he initially went to the University of Michigan for a Juris Doctorate following the completion of an undergraduate degree, he hasn’t ever practiced law – only business.