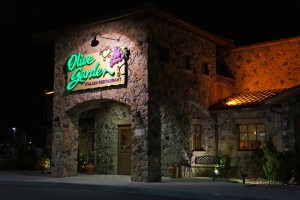 Darden’s Restaurants Inc reported that earnings for their fiscal third quarter fell by 18% as the operator of casual dining restaurants Red Lobster and Olive Garden amongst others continued to experience poor performance from the establishments.

Despite a weak showing for the quarter, the company said it would hold its earnings guidance for the rest of the fiscal year, saying there has been better than expected progress in its implementation of efforts in cost cutting. This has helped to offset the big impact from severe winter weather and other revenue challenges during the latest quarter.

Darden, during December, announced its plans for a spin off, of its struggling chain Red Lobster. The company is attempting to revive its slumping business and bring its customers back, who have not wanted to dine out at the same rate as before the financial crisis and recession.

Despite the efforts put forth, two activist investors Barington Capital Group and Starboard Value have called for the restaurant company to undergo even more breakup.

The investors suggested Darden separate the smaller chains from Red Lobster, Longhorn Steakhouse and Olive Garden and place the real estate holdings it has in a another company.

Earlier in March, Darden backed it December plans for a Red Lobster spin off, saying that the process was under way.

For the three-month period that ended on February 23, sales at same restaurants dropped by 5.4% for Olive Garden, the biggest chain the company has by revenue. In Red Lobster they dropped by 8.8% while Longhorn posted an increased in sales for same restaurants of 0.3%. The combined dropped by all three was 5.6%.

Darden has put focus on its group of specialty restaurants, which includes chains that are higher end like Bahama Breeze and Capital Grille, to help in expanding. In that group, same restaurant revenue was down by 0.7%.

The company, earlier in the month, had predicted it would reach 83 cents per share, blame the severe weather this past winter and its efforts for restructuring for its results that expected to be well under the market forecasts.