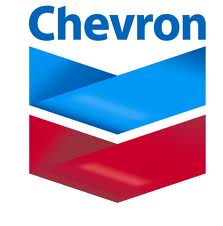 Chevron has announced that the company has signed a 50-year agreement with the Ukrainian government to develop oil and gas in the western areas of the country. The announcement disclosed that Chevron is planning to spend $350 million on the exploratory phase of the project and that the total investment by the company could reach as high as $10 billion. On his website, President Viktor F. Yanukovich said that the deal with Chevron and one that Ukraine signed this year with Royal Dutch Shell “will let Ukraine satisfy its gas needs completely and, under the optimistic scenario, export energy resources by 2020.”

During the next five years, Chevron will conduct seismic surveys and drill exploratory wells on its Oleska Block project, a 1.6 million-acre area heavy with shale rock deposits. The methods used for the exploratory wells are likely to include hydraulic fracturing, or fracking, to see if oil and gas can be produced in commercially viable amounts at the location. However, this method is out of favor in much of Europe because of the risks fracking poses to groundwater and geological stability.

Ukraine has been one of the most willing European partners to Western oil companies trying to find shale gas in Europe. If Ukraine can foster an environment that allows energy companies to successfully explore for oil and gas, it has much to gain. The country has been trying to reduce its dependence on Russian energy imports. Ukraine consumed about 50 billion cubic meters of natural gas in 2012. Most of the natural gas used was imported from Russia, with only about 19 billion cubic meters being produced from its own lands, according to the BP Statistical Review of World Energy.

The country could potentially narrow the gap between Ukraine’s domestic output and demand substantially with the production from the Chevron and Shell tracts. Menno Koch, a gas analyst at Lambert Energy Advisory in London, said that if the companies find and produce gas, “it would reduce dependency on foreign imports significantly,” and that if other Eastern European countries became prolific producers of natural gas, that “would be a game changer.”

$67.60 Million in Sales Expected for Glaukos Co. This Quarter

$112.85 Million in Sales Expected for Lantheus Holdings, Inc. This Quarter