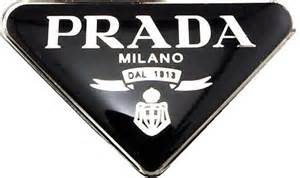 The CEOs at Prada SpA are under investigation over the accuracy of tax filings in the past as individuals. The investigators are from the Italian Judicial Authority.

Patrizio Bertelli and Miuccia Prada were told of the probe by the tax authority with regard to how accurate certain tax filings in the past were completed as individuals with respect to companies that are foreign-owned.

Prada, which is based in Milan, made the announcement about the probe on Monday to the Hong Kong Stock Exchange.

Prada confirms that neither it nor any of its different subsidiaries were or are involved in the matter, said Carlo Mazzi the Chairman at Prada, in a prepared statement.

Prada stock was down by 1.5% at midday in Hong Kong amidst a slump that was much broader in the shares in the protests by pro-democracy supporters led to the Hang Seng Index the regional benchmark to fall by more than 2.5%.

Other luxury retailers listed on the Hong Kong index also were down. Luk Fook Holdings plunged by 4.6% and TaiGook Jewelry was off by over 1.2%.

The luxury Milan based brand announced a voluntary disclosure previously by its CEOs led to an understanding and agreement that had completely satisfied all the claims made prior by the Italian Tax Authority, said a formal statement for their legal advisers.

A number of calls that were made in an attempt to reach members of the Prada executive staff were unanswered throughout the morning on Monday.

The maker of luxury handbags and other items reported a decline of 21% in net income during the first six months of 2014 in the early part of September, as demand in Europe and Asia was still weak due to the sluggish economy throughout the eurozone.

The report of lower earnings by Prada joined those of Kering SA the owner of Gucci and Moet Hennessy Louis Vuitton, which also had reported that earnings during the first six months of the year had declined.