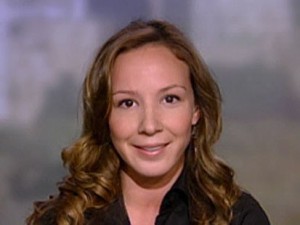 A Bitcoin exchange boss, who was American and 28 years of age was found dead in a Singapore apartment complex said police on Thursday. This was just the latest misfortune tied to the troubled currency used online.

Police in Singapore said an investigation was underway into the unnatural death of CEO Autumn Radtke of First Meta based in Singapore. The death took place on February 26, but no foul play in the death was suspected.

A website on technology first reported the woman might have taken her own life, but later updated that to say it had been unclear what caused her death.

A NewsAsia correspondent said that Radtke had been found dead at the base of an apartment house.

The death of Radtke comes at a time when the virtual currency community goes through turmoil following the collapse of Mt Gox based in Tokyo. Mt. Gox was at one time one of the most established exchanges for Bitcoin. The exchange collapsed due to a theft that was suspected of being in the range of more than $500 million.

The police in Singapore said they had received a call on February 26 requesting assistance of an apartment complex near the central business district.

The report said the caller had said a woman who they believed to be in her 20s, was lying motionless on the ground.

Paramedics arrived and pronounced the woman dead and police started their investigation into the unnatural death. Preliminary reports are than no foul play took place.

The unnatural death term is used in Singapore when referring to what police believe might be a suicide or other death that was not due to natural causes such as an illness.

An official with the U.S. Embassy confirmed that the woman, identified, as Radtke was an American citizen and the embassy was providing her family with assistance.

The news of the death of Radtke surfaced first in the community of tech start-ups, which has a huge presence across Singapore.

First Meta also confirmed the CEO’s death on its website but no cause was given.