Boeing is still building more 787 Dreamliners even if nobody is allowed to fly them. All 50 Boeing 787 Dreamliners across the globe are grounded pending the result of a federal probe on electrical fires. The company kept its assembly lines in Washington State and South Carolina operating at their normal output of five jets per month.

A slowdown in production would be costly for both Boeing and its suppliers who are counting on delivering parts for the aircraft maker. Analysts expect the company not to stop production. A stoppage in production could risk important suppliers going out of business.

National Transportation Safety Board Chairman Deborah Hersman said that investigators haven’t determined the actual cause of the battery fires earlier this month that made the FAA to ground all Dreamliners. Boeing doesn’t have any idea on what to fix in its jet. The company is continuing to make the 787 Dreamliners as if no there’s no problem in them. 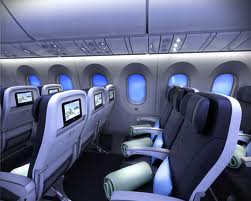 Boeing spokeswoman Kate Bergman confirmed that the company hasn’t made any changes in its production schedule since the Dreamliners were grounded by the FAA. The jet manufacturer still plans to double its production by the end of the year.

The company hasn’t announced how many planes it has made since the FAA grounded its jets on January 16. It also didn’t comment on what it will do with the completed aircraft since it can’t fly them off Boeing’s facility.

Hersman said that the investigation is in its early stages and suggested that it would take some time to be resolved. Airlines have been anticipating the Dreamliner’s improved fuel economy and haven’t canceled any orders after the grounding.

Boeing at present has more than $11 billion in cash and short-term investments. It has the ability to absorb additional costs. The rest of the company’s commercial airplane business is doing well.