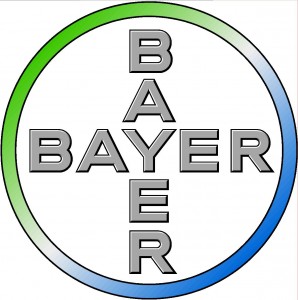 Bayer AG has raised its peak sales forecast for new drugs even though results from the fourth quarter and outlook for revenue for the upcoming year missed estimates of analysts.

The five most important Bayer medications will generate a minimum of $10.3 billion in combined revenue for the year, said the company, based in Leverkusen, Germany.

The new forecast highlights the way the healthcare business for Bayer has buoyed profit even though the Material Science division has struggled. Profit for the fourth quarter fell unexpectedly and Bayer announced sales for this year would be lower than estimates of analysts.

Bayer shares increased by 0.8% to over 100 euros on Friday morning in Frankfurt after they had dropped by over 1.5% during the first minutes of the trading day.

Bayer fell 2.1% since the start of 2014 through Thursday. It lagged behind the 8.9% by other members of the Europe Pharmaceutical Index.

Earnings for the fourth quarter prior to taxes, interest amortization, depreciation and other special items dropped 3.1%, missing the estimated of analysts.

Swings in currency, in Japan and in emerging markets along with more spending on R&D, hurt company profit for the most recent quarter.

Sales were up 0.3% with about half of that coming from its healthcare unit, which includes animal and consumer health as well as prescription drugs.

Revenue for the year is projected to be 4.6% higher than in 2013, adjusted for the currencies and the portfolio of the company, said Bayer. Analysts were predicting revenue to be slightly higher.

Sales in Bayer’s Material Science sector, which makes chemicals for different industries such as auto parts and cosmetics, fell by 2.2%.

Sales of Xarelto, the company’s blood thinner, the new drug program’s cornerstone for Bayer, will exceed 3.5 billion euros in 2014. That was up from the previous estimate of just over 2 billion in yearly sales. Analysts have predicted sale of 2.74 billion euros by 2018.

Bayer increased its forecast as well for Eylea its eye drug from just over 1 billion to 1.5 billion euros in sales for the year. Eylea, Xarelto and Xofigo and Stivargara, two cancer drugs had sales in euros of 1.52 billion last year.