Apple Tax Scandal can Lead to the Scrapping of Corporate Tax

Apple is described as a tax dodger that deprived the US taxpayers of billions. The company used schemes in order to avoid paying taxes. US senators grilled Apple CEO Tim Cook with regards to the company’s tax practices. 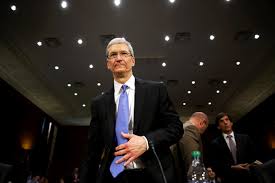 Senator Rand Paul of Kentucky observed that people who criticized Apple were in fact doing everything they can to minimize their tax obligations. These included his fellow senators on Capitol Hill. Apple does provide large amount of revenue for the IRS via corporate income tax, payroll taxes, and taxable income it pays its workers.

Apple is not the main culprit here. It might have cheated the IRS out of trillions of dollars but the truth is that the corporate income tax should be blamed for it. It has been hurting the nation and some are calling for it to be scrapped.

Corporate tax is regressive. If a company earns $100 billion in pretax profits, it has to pay a corporate income tax rate of 35 percent. That means, for $100 per share, the company has to pay $35 per share. Corporations are legal fantasies, which mean taxing a corporation doesn’t make sense because the money comes from shareholders.

Apple got $56 billion in pretax profits in 2012. According to the company’s accounts, $14 billion is for income tax provisions, which is around $15 for every share. It is paid by the corporation but reduces the profits of the shareholders. If corporate tax is not paid, the profits would have been paid out in dividends or used to increase the net worth of the stock.

Next »
Senate Confirms first Indian American to Court of Appeals