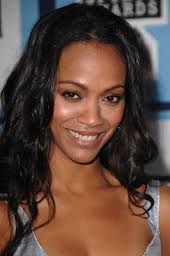 Since her late teens, Zoe Saldana felt a maternal urge, however her career has led her down another path. The star of Avatar, revealed she wanted to have kids with Keith Britton, her ex-finance, early into the 11-year relationship the two enjoyed. However, at that time, Britton was not ready.

She said, “I am Latin, Latinas start early, at 22 I had an urge to hold onto something, I wanted a little one.” She said she respected Britton’s decision to not have kids for years in their relationship. Then when Keith was ready, she said she did not have time because of her career.

Eventually, Saldana and Britton ended their 11-year relationship. Soon after that, she was linked to Bradley Cooper an actor. She has not given any indication she currently is seeing anyone, but once she is with the right one, she said she wanted a large family.

She said she has no figure as to the perfect number of children she wants. Two, three or five would be perfect. It is not the number she said that was important, it is being with them and loving them.

Saldana says she is fine with people doing whatever they need to feel better about themselves.