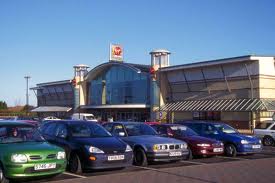 Hunger Games took a huge bite of the box office worldwide in its debut weekend. The film took in an incredible $214 million worldwide. In the U.S. alone, the movie earned over $155 million. That take by the movie was even higher than the lofty estimates set by Hollywood analysts. The movie became the third-highest domestic opening movie of all time. Internationally the movie took in nearly $60 million from another 67 markets.

Only last year’s Harry Potter finale and The Dark Knight, the Batman movie of 2008 took in more. This is the first franchise blockbuster that Lions Gate has produced. Experts in the industry said it was amazing how the first movie of a franchise could have such a huge opening weekend. The movie set records for being the highest opening for a non-sequel movie and highest that was not in the summer blockbuster season.

One analyst said, “It took Harry Potter seven tries before it go to this point.”

Hungry Games is an action packed survival drama. It is based on the first of a series of bestselling novels for young adults by Suzanne Collins. The movie’s star is Jennifer Lawrence. She plays a teen that fights a battle to the death that is televised after being ordered by rulers in her society.

Before the weekend, forecasters in the industry projected the movie would earn $125 domestically, but it actually took in $30 million more.