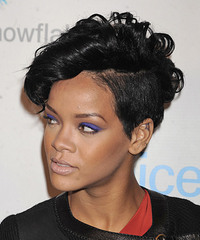 Chris Brown, the singer who ran into a problem with law enforcement four years ago after beating his then girlfriend Rihanna, is now once again in trouble with prosecutors. Brown received an unusual plea deal from prosecutors after he was offered a plea agreement if he pleaded guilty to assault.

The deal gave him the opportunity to complete all of his community service hours in the state of Virginia under Bryan Norwood’s supervision. Norwood is the Richmond, Virginia police chief.

The district attorney in Los Angeles on Tuesday alleged that the Brown’s mother did most of the supervising of his community service work. Investigators also found evidence they said that shows much of the work was never completed.

The DA called the paperwork submitted by Brown that showed he completed his six months of community service at best case, sloppy documenting of the work and worst case, a fraudulent report. Brown was not in Richmond, said the DA, on some of the days his documentation says he worked.

The DA’s motion on Tuesday also claims Brown was in violation of his probation because he punched singer Frank Ocean last month at a recording studio. Police are still investigating that incident.

The motion also mentioned an incident that involved a thrown chair at an interview on Good Morning America and Brown is alleged to have stolen a cell phone from one of his fans.

Mark Geragos, the lawyer representing Brown, disputed all of the charges by the DA. He said six officials from Virginia had told investigators Brown had completed his 180 days of work for the community.

Landmark Bancorp Upgraded to B- at TheStreet

Whirlpool Upgraded by TheStreet to B