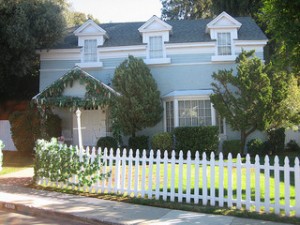 The hit series Desperate Housewives ended its eight-season run on ABC with an affectionate, tidy ending. The ending was not characteristic of the racy, rocky, macabre series. Everyone on the show is destined to live a happy life after the finale, except for Karen McCluskey, played by Kathryn Joosten. The loveable senior who tends to be cranky was trying to tackle cancer, but she dies at her home, the way she asked to, with a song sung by Johnny Mathias serenading her.

Bree Van de Kamp had been saved by that time. She had been on trial accused of murder and was prepared to take the fall, but Karen had saved the day and it was discovered the homicide was accidental and committed by Carlos. Bree had the charges dropped and finally settles down with Trip her lawyer. Tom and Lynette, who looked like their marriage was over, passionately reconcile in Wisteria Lane in the glow of the streetlights.

The ratings have faded over the years for the series. The first year season finale attracted more than 30 million viewers, while this year each week the season averaged about 8 ½ million viewers. However, the two-hour finale on Sunday, gave everyone a reminder of why the show struck a chord when it arrived on television screens in 2004.

Its arrival in 2004 included sexy suburban trysts along with adultery, blackmail, lust and sisterhood that hooked many in America. Life after Desperate Housewives will be hard for some, but many are looking forward to the network’s next creation.