When to Purchase Airline Tickets 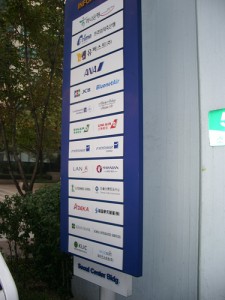 Travelers always face the problem of when is the best time to purchase an airline ticket. Prices of tickets can fluctuate all the way up to the day of departure. A recent study conducted by the Airlines Reporting Corporation challenges the idea that earlier purchases save money. This past January the ARC, which processes all transactions for tickets for travel agencies and airlines reported that for the last 48 months passengers paid lower prices for flights within the United States when the ticket was purchased six weeks before the departure date.

A test was done to see if that same lower price standard held true for international flights. What the company found out was that it did not. The study found that the window for finding the lowest ticket price for international fares has increased to nearly 24 weeks for some locations.

One insider said one way of bringing the prices down would be for consumers to reduce their spending and make the airlines cut prices in order to have their planes filled with passengers.

One industry analyst said that airlines wait until three to four weeks prior to departure before deciding whether it is worth it to put an entire route on sale due to low sales for the flight.

However, that same expert said it is a safer bet to purchase the ticket well ahead of the departure date. This year fares for airlines have been increased on three occasions. Many analysts feel that fares during the upcoming high season this summer will be much, much higher than normal. Many suggest that travelers purchase their tickets now for the summer season since a spike is anticipated as the demand increases.