Equities research analysts expect Seagen Inc. (NASDAQ:SGEN) to announce $355.47 million in sales for the current fiscal quarter, Zacks reports. Seven analysts have made estimates for Seagen’s earnings, with the highest sales estimate coming in at $365.78 million and the lowest estimate coming in at $350.08 million. Seagen reported sales of $278.00 million during the same quarter last year, which would suggest a positive year-over-year growth rate of 27.9%. The company is scheduled to announce its next earnings report on Thursday, July 29th. 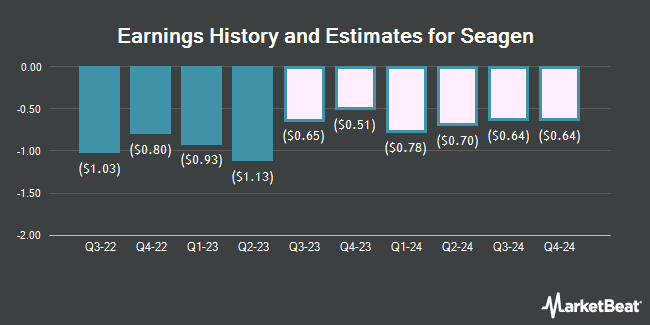 Receive News & Ratings for Seagen Daily - Enter your email address below to receive a concise daily summary of the latest news and analysts' ratings for Seagen and related companies with MarketBeat.com's FREE daily email newsletter.

NETGEAR, Inc. Expected to Announce Earnings of $0.71 Per Share

Complete the form below to receive the latest headlines and analysts' recommendations for Seagen with our free daily email newsletter: