Wolverine Trading LLC acquired a new stake in Permian Basin Royalty Trust (NYSE:PBT) in the 2nd quarter, according to the company in its most recent filing with the SEC. The fund acquired 16,318 shares of the oil and gas producer’s stock, valued at approximately $90,000.

The company also recently announced a monthly dividend, which was paid on Wednesday, September 15th. Stockholders of record on Tuesday, August 31st were given a dividend of $0.02 per share. The ex-dividend date was Monday, August 30th. This represents a $0.24 dividend on an annualized basis and a dividend yield of 4.55%.

Permian Basin Royalty Trust operates as a trust of Southwest Bank. It holds interests in Texas Royalty and Waddell Ranch properties. The company was founded on November 1, 1980 and is headquartered in Dallas, TX. 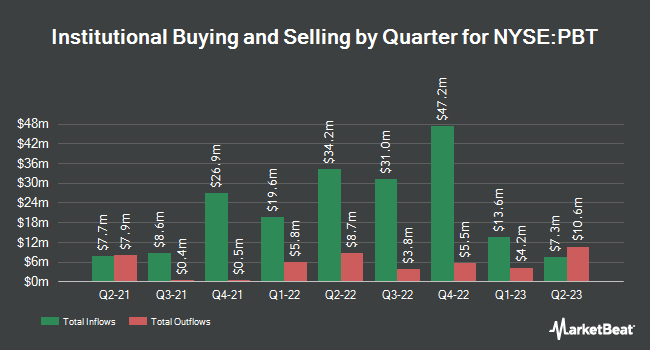 Complete the form below to receive the latest headlines and analysts' recommendations for Permian Basin Royalty Trust with our free daily email newsletter: