The company also recently declared a quarterly dividend, which was paid on Tuesday, March 23rd. Investors of record on Tuesday, March 2nd were paid a dividend of $0.33 per share. This is an increase from W. R. Grace & Co.’s previous quarterly dividend of $0.30. The ex-dividend date of this dividend was Monday, March 1st. This represents a $1.32 annualized dividend and a yield of 1.92%. W. R. Grace & Co.’s payout ratio is 30.14%.

Further Reading: What is Cost of Capital? 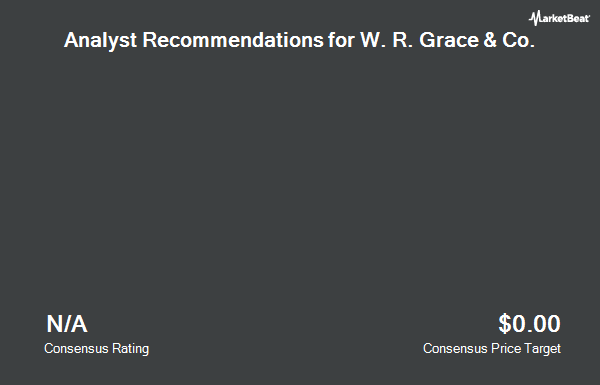 Complete the form below to receive the latest headlines and analysts' recommendations for W. R. Grace & Co. with our free daily email newsletter: