Enter your email address below to get the latest news and analysts' ratings for United Utilities Group with our FREE daily email newsletter:

United Utilities Group (LON:UU) had its price objective hoisted by Goldman Sachs Group from GBX 986 ($12.97) to GBX 1,011 ($13.30) in a research note released on Tuesday morning, Stock Target Advisor reports. Goldman Sachs Group currently has a neutral rating on the stock.

Read More: What is the significance of a dead cat bounce? 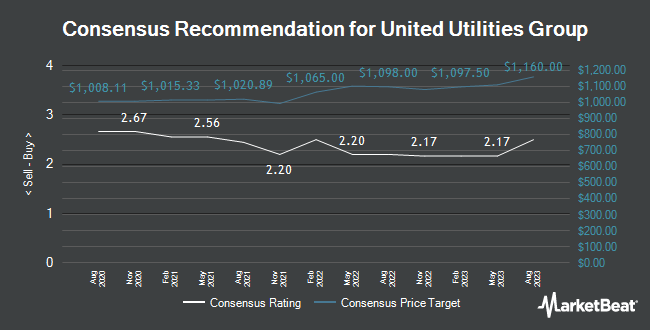 Next »
MarketAxess (NASDAQ:MKTX) Lifted to Overweight at Barclays