United States Cellular Co. (NYSE:USM) has received a consensus rating of “Hold” from the eight research firms that are currently covering the stock, MarketBeat.com reports. Two analysts have rated the stock with a sell rating, one has given a hold rating and five have issued a buy rating on the company. The average twelve-month price target among brokers that have covered the stock in the last year is $41.00.

In related news, Director Gregory P. Josefowicz sold 4,049 shares of the firm’s stock in a transaction on Tuesday, September 14th. The stock was sold at an average price of $31.11, for a total transaction of $125,964.39. The sale was disclosed in a document filed with the Securities & Exchange Commission, which is available through this link. 0.62% of the stock is owned by company insiders.

United States Cellular Corp. engages in the provision of wireless telecommunication services. Its products include smartphones, tablets, vehicle routers, and accessories. It offers Internet plans, prepaid and postpaid plans, and roaming services. The company was founded by Leroy T. Carlson in 1983 and is headquartered in Chicago, IL.

Featured Story: What is a stock portfolio tracker? 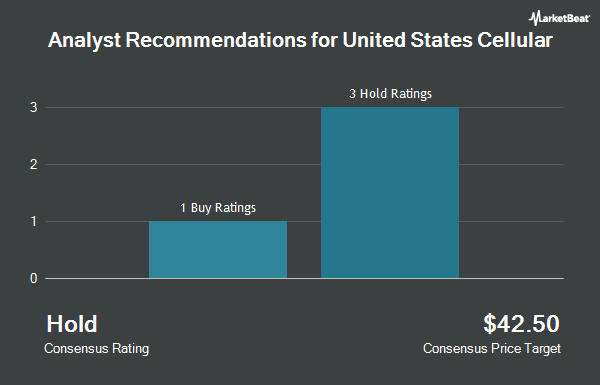 Binemon Trading Down 3% This Week

Complete the form below to receive the latest headlines and analysts' recommendations for United States Cellular with our free daily email newsletter: