Comstock Resources (NYSE:CRK) had its target price cut by Truist from $11.00 to $10.00 in a research note released on Friday, The Fly reports.

Comstock Resources (NYSE:CRK) last posted its quarterly earnings data on Tuesday, November 2nd. The oil and gas producer reported $0.34 earnings per share (EPS) for the quarter, hitting the Thomson Reuters’ consensus estimate of $0.34. The firm had revenue of $511.18 million for the quarter, compared to the consensus estimate of $413.58 million. Comstock Resources had a positive return on equity of 26.10% and a negative net margin of 35.38%. During the same quarter in the previous year, the company earned ($0.06) EPS. As a group, equities analysts expect that Comstock Resources will post 1.39 earnings per share for the current fiscal year.

Comstock Resources, Inc engages in the acquisition, development, and exploration of oil and natural gas. The firm operations concentrated in the Haynesville shale, a premier natural gas basin located in East Texas. The company was founded in 1919 and is headquartered in Frisco, TX. 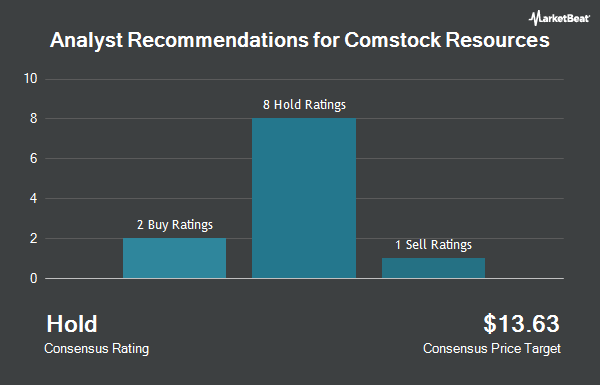 Complete the form below to receive the latest headlines and analysts' recommendations for Comstock Resources with our free daily email newsletter: