The company also recently announced a quarterly dividend, which was paid on Wednesday, June 15th. Stockholders of record on Friday, June 10th were given a $0.628 dividend. This represents a $2.51 annualized dividend and a dividend yield of 0.70%. The ex-dividend date of this dividend was Thursday, June 9th.

Want to see what other hedge funds are holding SOXX? Visit HoldingsChannel.com to get the latest 13F filings and insider trades for iShares Semiconductor ETF (NASDAQ:SOXX – Get Rating). 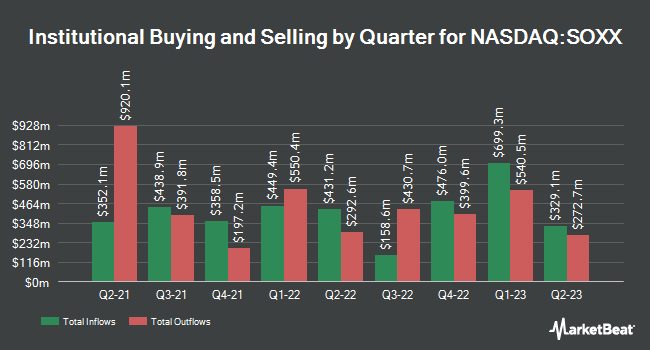 Complete the form below to receive the latest headlines and analysts' recommendations for iShares Semiconductor ETF with our free daily email newsletter: