Tobam decreased its stake in shares of Extra Space Storage Inc. (NYSE:EXR – Get Rating) by 20.3% during the 3rd quarter, according to the company in its most recent disclosure with the Securities & Exchange Commission. The fund owned 10,108 shares of the real estate investment trust’s stock after selling 2,567 shares during the period. Tobam’s holdings in Extra Space Storage were worth $1,746,000 at the end of the most recent quarter.

The business also recently disclosed a quarterly dividend, which was paid on Friday, December 30th. Investors of record on Wednesday, December 14th were paid a dividend of $1.50 per share. The ex-dividend date was Tuesday, December 13th. This represents a $6.00 dividend on an annualized basis and a dividend yield of 3.95%. Extra Space Storage’s payout ratio is 87.08%.

Extra Space Storage Inc, headquartered in Salt Lake City, Utah, is a self-administered and self-managed REIT and a member of the S&P 500. As of September 30, 2020, the Company owned and/or operated 1,906 self-storage stores in 40 states, Washington, DC and Puerto Rico. The Company's stores comprise approximately 1.4 million units and approximately 147.5 million square feet of rentable space.

Want to see what other hedge funds are holding EXR? Visit HoldingsChannel.com to get the latest 13F filings and insider trades for Extra Space Storage Inc. (NYSE:EXR – Get Rating). 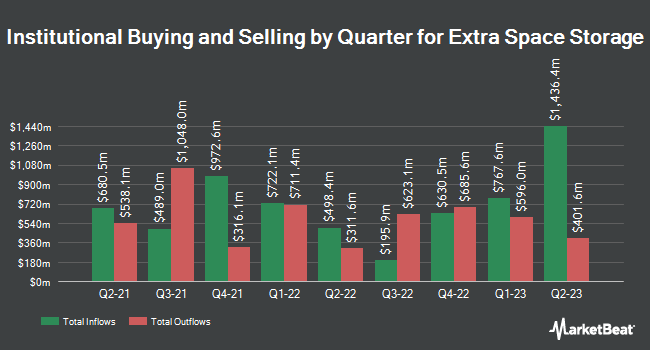 Complete the form below to receive the latest headlines and analysts' recommendations for Extra Space Storage with our free daily email newsletter: