Sei Investments Co. increased its holdings in Central Garden & Pet (NASDAQ:CENTA) by 208.3% in the second quarter, HoldingsChannel reports. The firm owned 24,842 shares of the company’s stock after purchasing an additional 16,785 shares during the period. Sei Investments Co.’s holdings in Central Garden & Pet were worth $1,180,000 as of its most recent SEC filing.

Separately, Zacks Investment Research upgraded shares of Central Garden & Pet from a “sell” rating to a “hold” rating and set a $48.00 price target for the company in a report on Friday, August 6th. Two analysts have rated the stock with a hold rating and four have given a buy rating to the company. According to data from MarketBeat.com, the company has a consensus rating of “Buy” and a consensus price target of $58.67.

Central Garden & Pet Co is an innovator, producer and distributor of branded and private label products for the lawn & garden and pet supplies markets in the United States. Founded initially as a distribution company, it grew its business through a succession of over 50 acquisitions and created a broad portfolio which allows for economies of scale and market advantages.

Featured Story: Is it Safe to Invest in Commodities?

Want to see what other hedge funds are holding CENTA? Visit HoldingsChannel.com to get the latest 13F filings and insider trades for Central Garden & Pet (NASDAQ:CENTA). 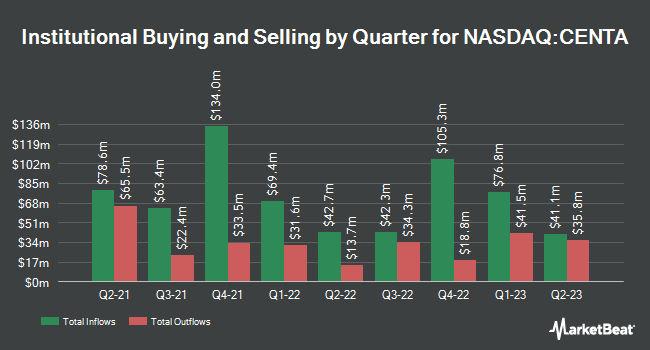 Pandora A/S Given Average Rating of “Hold” by Analysts

Complete the form below to receive the latest headlines and analysts' recommendations for Central Garden & Pet with our free daily email newsletter: