Par Pacific (NYSE:PARR) had its target price hoisted by Credit Suisse Group from $9.50 to $11.50 in a research report issued on Thursday. The brokerage currently has an “underperform” rating on the stock. Credit Suisse Group’s price objective would indicate a potential downside of 17.33% from the company’s current price.

Par Pacific (NYSE:PARR) last posted its quarterly earnings data on Monday, November 2nd. The company reported ($1.06) earnings per share (EPS) for the quarter, topping the consensus estimate of ($1.19) by $0.13. The company had revenue of $689.98 million for the quarter, compared to the consensus estimate of $703.04 million. Par Pacific had a negative return on equity of 11.40% and a negative net margin of 6.89%. Research analysts expect that Par Pacific will post -4.36 EPS for the current year. 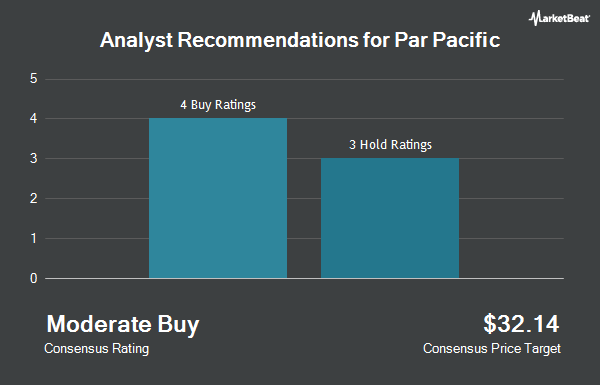 The Goldman Sachs Group Scheduled to Post Earnings on Tuesday

Complete the form below to receive the latest headlines and analysts' recommendations for Par Pacific with our free daily email newsletter: