Enter your email address below to get the latest news and analysts' ratings for Zayo Group with our FREE daily email newsletter:

Zayo Group Holdings Inc (NYSE:ZAYO) CFO Matt Steinfort sold 10,350 shares of the company’s stock in a transaction that occurred on Monday, February 10th. The stock was sold at an average price of $34.90, for a total transaction of $361,215.00. Following the completion of the sale, the chief financial officer now directly owns 64,248 shares of the company’s stock, valued at $2,242,255.20. The sale was disclosed in a filing with the SEC, which is available at the SEC website.

Zayo Group (NYSE:ZAYO) last released its earnings results on Tuesday, February 4th. The technology company reported $0.26 EPS for the quarter, beating the consensus estimate of $0.18 by $0.08. Zayo Group had a net margin of 6.83% and a return on equity of 13.03%. The business had revenue of $653.70 million during the quarter, compared to analyst estimates of $640.13 million. During the same period in the prior year, the business earned $0.13 earnings per share. The business’s quarterly revenue was up 2.3% on a year-over-year basis. As a group, sell-side analysts expect that Zayo Group Holdings Inc will post 0.66 earnings per share for the current year.

Several analysts recently commented on the stock. Royal Bank of Canada reissued a “hold” rating and set a $35.00 target price on shares of Zayo Group in a research note on Sunday. ValuEngine lowered shares of Zayo Group from a “hold” rating to a “sell” rating in a research note on Tuesday, December 24th. One investment analyst has rated the stock with a sell rating and eleven have issued a hold rating to the stock. Zayo Group currently has an average rating of “Hold” and a consensus price target of $34.62.

Further Reading: What are economic reports? 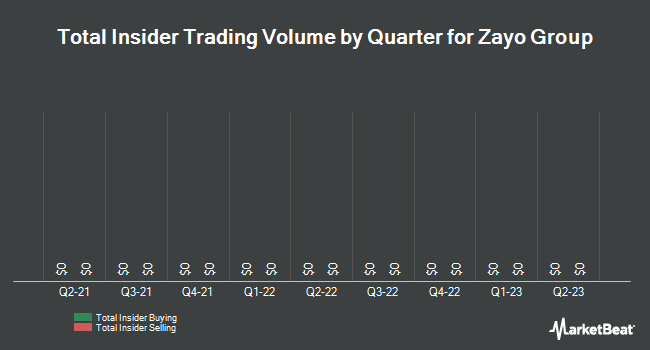