Enter your email address below to get the latest news and analysts' ratings for Equitable with our FREE daily email newsletter:

Man Group plc raised its stake in shares of Equitable Holdings Inc (NYSE:EQH) by 27.3% during the fourth quarter, according to its most recent disclosure with the Securities and Exchange Commission. The institutional investor owned 1,704,474 shares of the company’s stock after purchasing an additional 365,252 shares during the quarter. Man Group plc owned 0.37% of Equitable worth $42,238,000 as of its most recent filing with the Securities and Exchange Commission.

Equitable (NYSE:EQH) last released its quarterly earnings results on Thursday, February 27th. The company reported $1.37 earnings per share for the quarter, beating the Thomson Reuters’ consensus estimate of $1.18 by $0.19. The company had revenue of $1.69 billion during the quarter, compared to the consensus estimate of $3.23 billion. As a group, research analysts anticipate that Equitable Holdings Inc will post 4.68 EPS for the current fiscal year.

The business also recently declared a quarterly dividend, which was paid on Monday, March 16th. Shareholders of record on Monday, March 9th were issued a $0.15 dividend. The ex-dividend date of this dividend was Friday, March 6th. This represents a $0.60 annualized dividend and a yield of 4.47%. Equitable’s dividend payout ratio is currently 12.37%. 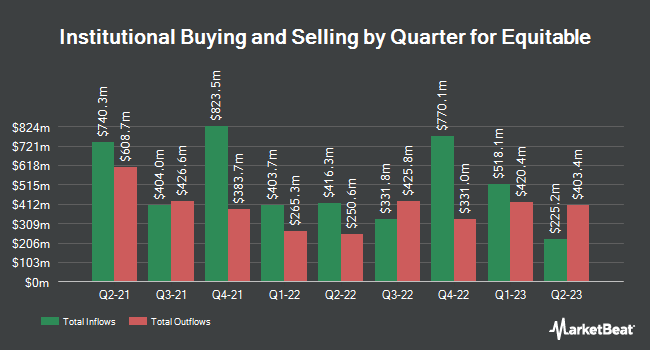 Roku Inc Given Average Recommendation of “Hold” by Analysts