The Walt Disney Company (NYSE:DIS) CFO Christine M. Mccarthy sold 10,000 shares of the company’s stock in a transaction on Friday, January 14th. The shares were sold at an average price of $152.06, for a total value of $1,520,600.00. The sale was disclosed in a document filed with the SEC, which can be accessed through this hyperlink.

Walt Disney (NYSE:DIS) last announced its earnings results on Wednesday, November 10th. The entertainment giant reported $0.37 earnings per share for the quarter, missing analysts’ consensus estimates of $0.50 by ($0.13). The company had revenue of $18.53 billion for the quarter, compared to analysts’ expectations of $18.85 billion. Walt Disney had a net margin of 2.96% and a return on equity of 4.86%. During the same quarter in the prior year, the firm posted ($0.20) earnings per share. As a group, equities research analysts expect that The Walt Disney Company will post 4.21 earnings per share for the current year.

Recommended Story: What is the G-20? 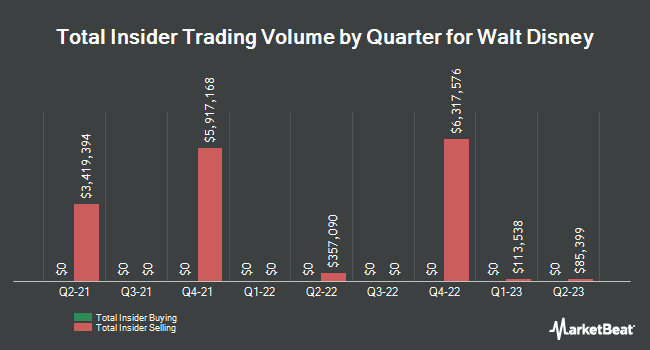 Complete the form below to receive the latest headlines and analysts' recommendations for Walt Disney with our free daily email newsletter: